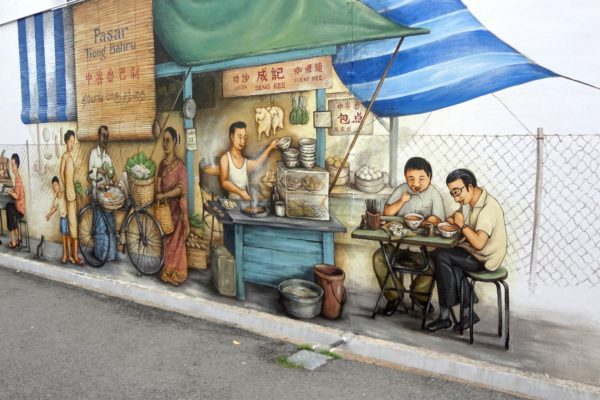 “Bum.” To be honest, that is what I thought when I first saw him. Nothing new here. His long beard was matted and dirty. His clothes were worn. He smelled like a hamster cage. It was clear he had been living on the street. He might be dangerous, or crazy. It wasn’t until later that I learned his name, Cecil, and that he had once been a surgeon at the famous Bellevue Hospital in New York City. But Cecil was an alcoholic, and he had been dragged down to another kind of life.

A friend of mine at the mission shared a quote that went something like this — “Once you categorize people, you cease to love them.” Past experience can make me think I know who someone is, but I may be wrong. After we had tea and bread together, I learned that Cecil had had a turn-around through Christ in his own life. Despite my category, he was a recovering alcoholic helping many others in our neighborhood. Jesus broke some categories too, and when he talked about serving the unserved, he often talked about eating. “When you host a banquet, invite those who are poor, maimed, lame, or blind,” he said to a shocked and probably embarrassed host. It’s one thing to “help” someone, but to eat with them, well, that is another matter. Notice how angry some people got with Jesus, because he “ate with sinners.”

Here is something we are telling ourselves in New York City concerning addressing poverty—Don’t just give food to people, eat with them. Because food is a need in our neighborhood, one of our programs gives out over 10,000 meals a year. Hundreds of people stand in line for a sandwich and some fruit. But I am learning something, now that we have a lot of workers. Instead of handing out sandwiches or directing traffic, I sometimes simply stand in line with the others, receive a sandwich, and eat with the others there on the street. That way, I have a very different kind of conversation with people. We are eating a sandwich together, and in some small way, we are in the same boat.

As a natural “doer,” I have to remind myself that serving the unserved starts with listening. Dietrich Bonhoeffer, the German Christian who was executed by the Nazis, once said, “We should listen with the ears of God that we may speak the Word of God.” So how do we get started in addressing poverty in our community, or in our sphere of influence? Here is a simple way to start—invite a person to eat with you—a person you wouldn’t normally invite. That’s all. It’s a good rule for a man to invite a man, and a woman to invite a woman. Instead of giving someone a meal, get two meals and eat together.

Cecil taught me that. Eating together and listening tends to change our categories.